There’s no point in hiding it: location matters! But at Market District Lofts you get so much more than just a well-located collection of Ohio City apartments. Not only are our apartments close to main roadways and public transportation like the I-90 and RTA West 25th Street Station, but they also provide you with everything you need for a comfortable apartment living experience.

Gone are the daily woes of getting to work on time. Since you'll be only minutes away from Cleveland Clinic, MetroHealth, and University Hospitals to the Regional Transit Authority and Skylight Financial, no destination will be too far away. And thanks to our off-street parking, you’ll never have to worry about parking either.

From our pet-friendly grounds, you can take a leisurely stroll with your furry buddy to Rivergate Park or Hart Crane Memorial Park. Go shopping at the historic West Side Market, grab a bite on the ground floor at Crop Bistro & Bar, or go for a coffee at one of the nearby cafes. We’re only minutes away from everywhere you want to be like Progressive Field or The Q, and we’re just a short ride away from other local attractions such as the Edgewater Pier and Park and the Greater Cleveland Aquarium. If you’re feeling adventurous, you can hop on the I-77 and spend a day exploring the natural beauty of the Cuyahoga Valley National Park.

Set your GPS for 2012 W 25th Street in Cleveland, OH 44113 and swing by for a visit. We can’t wait to give you the grand tour of our Ohio City apartments!

West Side Market is Cleveland’s oldest continuously operating municipally owned market, anchored in the historic Ohio City neighborhood. Since 1840, it has been one of three public markets in Cleveland that included the Broadway Market and the Central Market. West Side Market has been designated as one of “10 Great Public Places in America,” by the American Planning Association and continues to offer an authentic and culturally diverse shopping experience to Market District Lofts residents.

The Ohio City neighborhood never fails to hit the spot when it comes to your culinary and craft brew cravings. The Market District Lofts feature one of the hottest restaurants in Ohio City, Crop. Crop features inventive American fare, cultivating flavor through innovation and commitment to sourcing the cream of the crop. With a variety of eateries ranging from upscale to adventurous, within walking distance from your new home. Indulge in your favorites, with neighborhood staples like Mitchell’s Homemade Ice Cream. At Mitchell’s Ice Cream, each batch is hand-crafted in their Ohio City Kitchen (go watch them anytime). Momocho, The Flying Pig, and Herb ’n Twine. Ohio City is also home to the best brews in the city, including Great Lakes Brewing Company and nightlife must-visits such as Town Hall, Forest City Shuffleboard, and Speakeasy.

W. 25th Street is transformed every year with the best food, drink, retail and arts entertainment that the neighborhood has to offer for the annual Ohio City Street Festival. Music and arts programming including Carnegie West Library and the Cleveland Museum of Art, take place throughout the day. Family-friendly fun includes arts performances, interactive games, activities, crafts, inflatables and more. 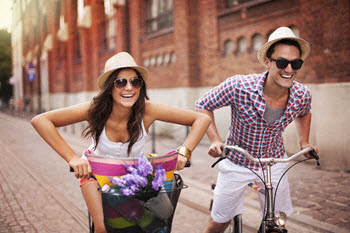 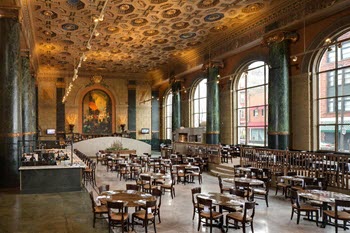 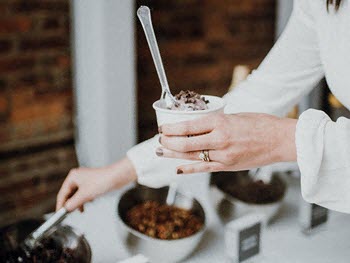